The Most Efficient and High-Power Solar Panels in the World

Renewable energy is not just a global trend but also a way on how to save the planet's sources. Solar energy is considered to be an efficient renewable source of the future yet we can use it right now. Besides, powerful solar panels help us to save money as the price for this kind of electricity source is much lower than for conventional energy sources.

Before you put your feet to the nearest seller of helio panels, let's check out the actual info about the most efficient solar panels available for purchase in 2021.

What is the efficiency parameter of solar panels?

When talking about solar energy, it is efficiency that is commonly used as a comparison tool for all the manufacturers engaged in the production of solar energy systems and all the products they present in stock.

Not to mention that solar panels with the highest efficiency will be a good choice as they can work both for your household's energy supply and for selling extra renewable energy to state power grids or saving it in batteries. Yet, what is efficiency concerning helio systems as a whole?

These parameters, like other characteristics, are indicated under the so-called standard conditions including such factors as insolation 1000W/m² and the working temperature of 25°C where parameters are taken, including efficiency.

Nowadays, the best solar panel manufacturers began to test every solar battery they produced after assembly and make a printout of the individual parameters, which are invested in each battery. This is done to confirm the potency of the items offered.

The calculation formula for the efficiency of solar cells is as follows:

- P is the power of solar batteries;

Yet, the total indicator of a single panel will be lower than the summarized efficiency ratio of single cells that are included in it. This happens because there is a small distance between photocells, which is not used for power generation, plus the aluminum frame also should be considered, so the space used increases, and the efficiency decreases adequately.

What are the best solar panels in the market and what efficiency do they have? It was only a few years ago when the highest efficiency level was 28%. In 2020, enthusiast researchers from Germany had gained the overwhelming result of photo panel efficiency up to 29.15% that is a real breakout.

For the best solar panels for home, a square meter of modern photovoltaic cells provides 5-20 percent of the power of solar radiation falling on it. And this is under the most favorable operating conditions.

What to pay attention to when choosing a solar panel

First of all, do not mistake solar panels with thermal collectors working on solar energy. It is the first type of equipment that is used for producing renewable energy for the whole household electrification. And thermal collectors are devices that help heating water for your hot water supply and forging equipment.

When selecting a solar power system, everyone strives to get the best solar panels available in terms of one's budget. But the choice can be a die-hard deal due to lots of parameters each panel has and their compatibility.

At Innovate Solar, we've collected some useful info about what should be considered foremost when you look at products of companies in solar energy. Guided by them, you can be ready to make your choice without a doubt.

The efficiency of solar systems is impacted by the type of silicon used in solar photo elements. It is up to the structure of a silicon atom, they can be divided into 3 types:

Monocrystalline silicon solar cells have an efficiency of 10-15 percent. They are the most efficient and costlier than the rest. Polycrystalline silicon models have the cheapest watt of electricity. Much depends on the purity of the stuff and in some cases, polycrystalline elements may be more productive than custom crystals.

There are also amorphous silicon PV cells. Their structure is formed of thin-film flexible panels.

Their production is easier and the price is lower. But the efficiency is much poorer and amounts to 5-6 percent. Amorphous silicon elements tend to degrade eventually. To increase their productivity, particles of selenium, copper, gallium, and indium are added.

As for the efficiency of film modules, it is the following:

As we have already mentioned the efficiency parameter, let's just review the basic features that make it important.

There is a direct dependency. If the efficiency rating of solar panels you get is high, they require less space for them. For installing your own solar system, that fact is especially significant.

Besides, it is also a fact of the economy that matters. High efficiency is a costly technology so the system of solar batteries will be quite expensive. It is especially essential for owners of small houses i.e. townhouses, small private houses, etc.

If you are not limited by your mansion's space, you can skip that parameter getting cheaper panels with a 15% effect but in a bigger number.

The power output is actually the amount of pure energy you'll get from the chosen solar system. You should not strive for the highest wattage solar panels as their installation is legislated by state organizations. To choose an optimal option, it is needed to know how much kW/h does your household use?

On average, that indicator is 3.700 kW/h. To provide that amount of electricity a 4kW panel is enough.

Yet, high-powered solar panels with a power output of 5-7 kW are more suitable for industrial goals. You may ask, what is the highest watt solar panel available? It is the same 7kW that requires a big space for installation.

As the morning sun never lasts a day, even the most efficient solar panels in the world tend to degrade.

The degradation parameter shouldn't be mistaken with the expiration term as it can be 25+ years for some options. Degradation is the reduction rate and in average helio systems, it is 0.8% per year.

For the best solar panels on the market, the degradation index is lower and it is only 0.25% per year.

As you know, solar panels perform better at low temperatures. Solar panel manufacturers publish temperature coefficients, which are usually in the range of 0.3-0.5% per 1 ℃.

This means that the performance of solar panels drops by 0.3-0.5% when the temperature rises by 1 ℃. Solar panels heat up faster in the sun than the surrounding air, so during daytime operation, their temperature will be higher than the air temperature.

As photocells of each solar system are commonly black, the backing color of panels can be of different hues. For monocrystalline panels, black, white or silver colors are peculiar with the metal frame of black/white color.

For polycrystalline options, the cell color is often of a blue hue and the backing color may vary. As for thin-film panels, they are represented in the market in blue or black colors. 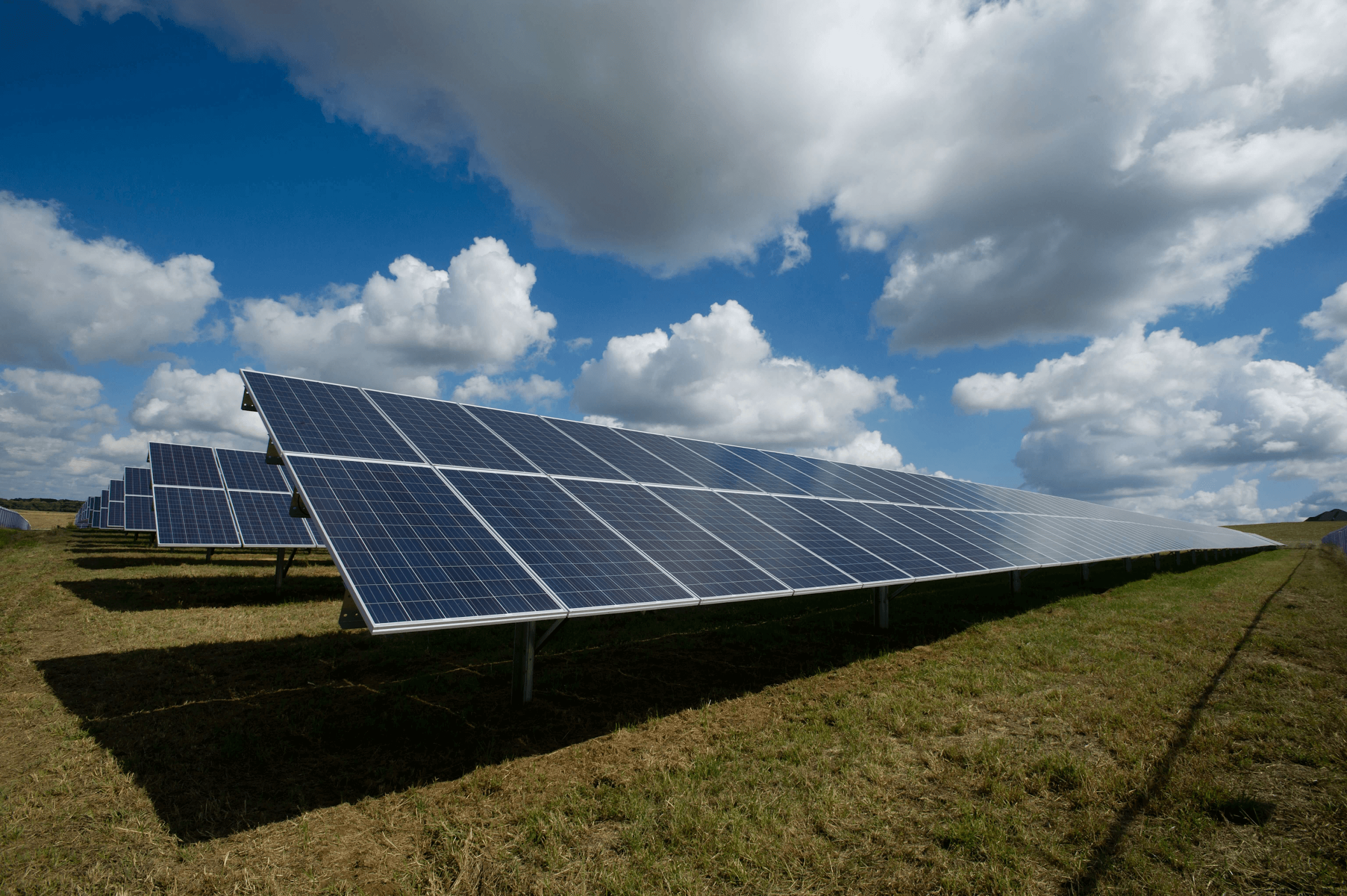 Finding the Best Solar Panels: Our Efficiency Rating by Manufacturers

When it comes to choosing solar panels, the name of the brand matters. It is highly recommended to choose from the so-called Tier-1 rating of manufacturers.

Who are they? The most powerful solar panels are now supplied by the Big-3 that are Trina Solar, Canadian Solar, and Jinko Solar. World-known Risen is also on the list along with Maxeon (aka SunPower).

These manufacturers provide high-output solar panels up to 670W. Take a look at the table below to consider their capability. We collected only items available for purchase in the first quarter of 2021.

As you can see, the following TOP-5 in our power rating of solar panels are in the range of power output of 550-600 W. Well, in the nearest future, a breakthrough of TrinaSolar and CanadianSolar advanced highest-watt solar panels should be announced (TrinaSolar's Vertex with the highest capacity of 670W and CanadianSolar's HiKu7 option with 665W subsequently).

The selection of solar panels is a multi-component task.

It is important to take into account both the peculiarities of the production of the panels themselves and the output power of each element. Not to mention the fact that the efficiency of the solar systems is also influenced by such non-obvious factors as the ambient temperature, the place of their installation, and the degree of insolation along with degradation indicated by a manufacturer.

In 2021, most solar panels provide 5-20 % efficiency. This indicator is rising as there are already announced options with an efficiency of 23% and researchers have gained even such a fabulous result as 29% of efficiency.

Yet, for a standard household, such indicators are not so vital. More attention should be paid to the output power and size of the panel.

To select models that will surely suit your budget and at the same time comply with all the requirements for panels for your particular home, it is better to seek help from specialists.

Innovate Solar is a marketplace that brings installers and clients together, so we do not sell equipment or panels, but can recommend installers and distributors.

At Innovate Solar, we review national and regional solar panel installers so you can choose from the best options available. 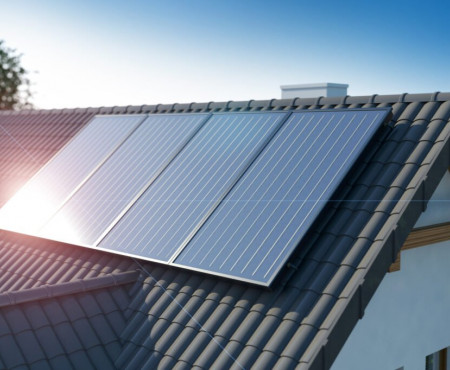 7 reasons why you should install solar panels for your home
There are many advantages of installing solar panels, but what are the most important? In our blog we get into the details, so dive in to better understand solar benefits! 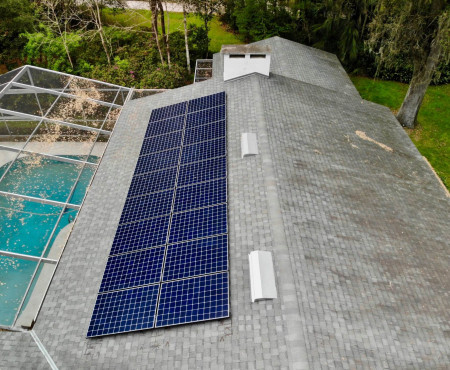 Solar Panels 101: How Do Solar Photovoltaic Panels Work?
How do photovoltaic solar cells work? In our solar 101 blog, we break down solar PV panel science into simple and easy steps. 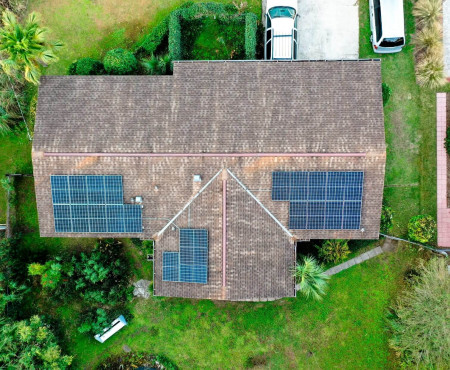 Home Solar Power: Which Roof Directions Are Best for Solar?
What is the best direction for solar panels to face? Read our blog to learn more about the optimal angle and orientation for your solar panels.